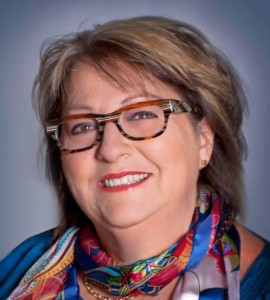 Our friends we had met on day two over dinner were waiting for us at the bus, displaying their sheer pleasure of the riches of Rome. We drove back expressing moods of exhilaration and excitement, boarded the ship, met for drinks and were enjoying our evening wine over dinner at 9.30 when the first sounds of this horrific life altering accident were heard. Crash, crunch and the sound of scraping noises and …… total darkness darkness. Screaming and crying, glasses and breaking bottles tumbling, wine glasses shattering, wine and food…..everywhere. “Laurence, grab my purse and shoes from under the table”. The emergency generators triggers in limited lighting.

“Attention, attention: We are experiencing an electrical problem that is currently being taken care of. Please remain clam, we will keep you updated.” English was the last of around 7 languages and was difficult to hear instructions over peoples panic. Scrambling to our knees, crawling along the floor for shelter of falling glass, chandeliers, plates, food and drink. I heard our friend’s voice in panic crying….. I will not get back on board tomorrow after port, I will rather fly home. Did we know none of us would get back on board…..but how were we going to get off!

Time was endless, panic was amplifying, fear and confusion was overwhelming. Hours of hysteria and pandemonium…….there was very little information. It was 10.58, approximately one hour and 28 minutes after the first sounds of this life altering accident, when eventually we heard what we had been dreading…. Beep, beep, beep … 6 short beeps followed by a long signal….Attention, attention, will all passengers make their way to deck 4 to abandon this ship. Against gravity, objects are flying, people scrambling, bodies knocking down like ten pins, bones breaking, doors off hinges, faces through glass panes…..Children crying, mothers screaming, sons and fathers helping the disabled…Where were we all heading?

Simply, there was no escape. Most passengers had life vests but we were not able to go back to our cabin, it was not an option. “There will always be life vests at your muster station” we were told at Emergency Drill. The Emergency Drill that we had attended was different to any other drill, previously experienced on prior cruises. This was merely a demonstration on screen, turned into a social entertainment event in one of the ships lounges. Muster Station? Where were we supposed to go? There was no instruction, no direction – there was overwhelming stampede and hysteria! Screaming, crying, panic and chaos.

When we made our way to deck 4 as we were instructed. We were guided out to the port side of the ship. Lifeboats were already overfilled and could not be launched due to the extreme list and height of the drop to the water. Scrambling and tripping over debris, gushing water, fallen, injured and bloody people, banging and broken doors and glass panes, we were anguished and confused. We were instructed by uncoordinated crew to make our way back across the inside of the ship to the starboard deck. We made our way, against these treacherous elements, eventually reaching the lower side. Again were faced with already overfilled life-boats. “I have place for one more only” … I was told by the controller on the lifeboat in front of me.
Laurence and I looked and each other and moved along further down the deck.

Again we were told to move on to the next lifeboat… all the rescue vessels were full. All we got along the way were eventually two life jackets, one pick up off the deck and another thrown back at us from an overfilled lifeboat that was sailing away into the darkness. We attached ourselves to a desperate elderly lady. She spoke no English, she had no help and no clue. We switched our balance to enable a human-chain, hanging on for dear life…, we were now three. How long would it be until there would be enough life boats to evacuate us all?

This mass of metal was churning, thrusting, listing and tumbling under and over us.
How much longer would we be able to hang on for dear life and remain afloat, I thought as we witnessed people jumping overboard, landing on overfill lifeboats that were leaving the side of the ship. We heard shrilling screams and cries as these lifeboats were dropped metres down, crashing into the sides of the Concordia and eventually falling forcefully into the water and sailing off into the dark night.
Would these lifeboats come back for us?

The crowds on the deck became less as many passengers were taken across. We never knew where to, at the time, but… they had gotten off the ship. Further down the deck, we were now in front; finally it had to be our turn…..There was a malfunctioning barrel containing an inflatable lifeboat in front of us, on the side of the ship. It was lodged and could not be released. People were pulling and tugging at the mechanism, chopping it away with an axe, making every attempt to get it to work. Eventually the barrel landed on the water….thud, splash, crash… this boat began inflating. It had to be our turn to safety. As it was inflating, the ship was sinking faster and faster…. it became trapped beneath the beams of the falling ship, tighter and tighter, there was no way out…. the water is rising, the ship was sinking, the night was so dark, and the cries are amplified.

It is cold, our feet and pants are now wet, as we watch and feel the water rising. The ship is sinking faster. We stare at each other and ahead as we see shoes and debris are floating around in the ocean at our feet. The sight of the large C representing Costa on the centre chimney-stack is falling on top of us.
We must make our way to safety….. “there are lights blinking on the other side of the ocean”, I said to Laurence! For us, there was no way out, together we knew, it was either sink or swim ……holding hands we took a huge leap forward and heard splash! It was 12:10 when Laurence’s watch stopped working.
We’re swimming across the Mediterranean; it was the middle of a freezing winter night. Later we were told, the water temperature was a frigid 14 degrees. We were not meant to see the Tuscan Coast this way.
Dark, cold and mechanical, I kicked my shoes off, I was holding onto my ring fingers with my thumb. Laurence was on his back, holding my life vest and shouting, kick, swim, kick, swim…. we are nearly there.
The ship was still tumbling but now we were further than her reach, we are going to make it, we must get to land!

We reached the rocks, they were cold and tall. The challenge of survival overtook fear and cold as we scurried up the steep surface of these huge sharp and slimy cliffs. We reached the top, freezing and frightened. How long would it take till they found us? Ocean activity increased, sirens sounded, light-beams shone in the opposite direction – away from us. Rescue activity was all around the sinking ship, we stood shivering and shaking as we watched the Costa Concordia going down. Endless time later, we heard people climbing up the opposite side of these rocks to help bring us down. They lightened up a path, there must be hope… we trekked across coral and stone. “Buddy” led the way. My G-d, Laurence screeched, “look at your feet”! My feet were shredded and cut. I did not know I was hurt, my feet were things at the bottom of my legs – a means to get me down to safety. One of the rescuers stripped off his sweater, grabbed a stone and cut off the sleeves … they tied these threads over my lacerated feet.
SURVIVAL WAS ONLY THE BEGINNING………………….

Two and a half years later, as I tell this story I realise there was life before…..and life after. Life will never again be the same again. I have learned …… PTSD is real. This dreaded condition came creeping up on me and gradually overtook my life, my business, my relationships with family and friends and my faith.
I have learned ….. the challenge of being faced with death and the impact of having to have made this decision of possible life over probable death. Of saying goodbye to my beloved husband (and children) as together we plunged in the dark, frigid ocean.
I have learned…the Captain was off the ship, long before the majority of his passengers and crew.
I will never accept that Costa and Carnival have legally been enabled to alleviate themselves of liabilities following this horrific accident by using Schettino as a scapegoat.
I have learned …the trial continues with no evidence being asked of the majority of passengers and little being reported publically.
I have learned …. the power of the Law. To date we have not been questioned by Costa, as to how we got off the ship, what our circumstances were, during the time of and immediately following the accident.
I have learned…. travel insurance does not cover any such circumstances as “nowhere in the clauses was it written….” we were told!
I have learned…. to let go of my hope of hearing from Costa, as they may have possibly recovered any of our abandoned possessions.
I have learned ….. Passports, T-Shirts and hairbrushes can be replaced.
Our lifetime collection of jewelry and family heritage gifts are a cherished memory, softened by gratitude and pain of memory and love.
I have learned… the gratitude of survival has overtaken the pain of our material losses